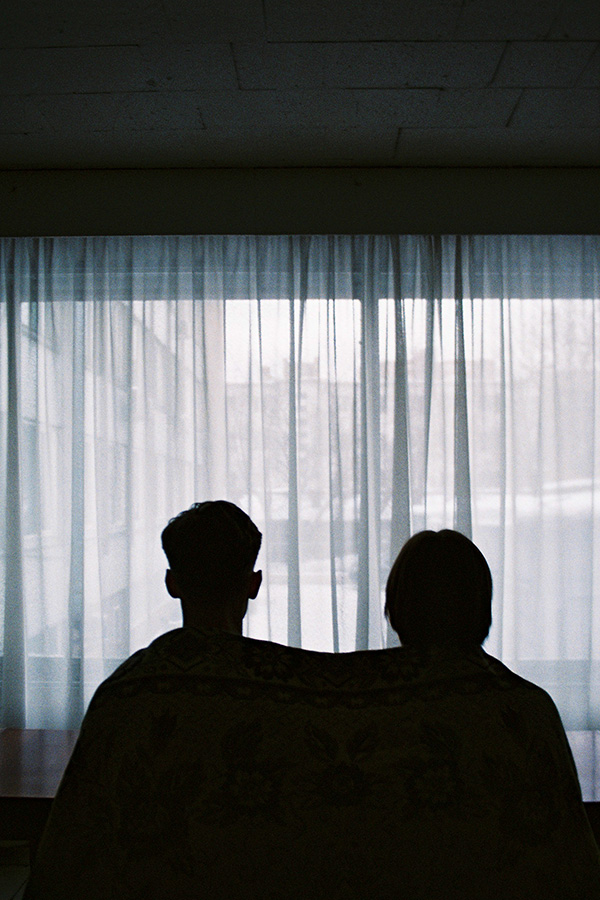 
Cyril (21) and Rodion (18) are a couple from Krasnoyarsk, Siberia. Born in Russia in the late 90’s, they grew up more open-minded, reckless and fun compared to their ancestors. They both disregarded limitations of the Soviet period and were highly influenced by Western culture, globalization and the Internet. Cyril's and Rodion’s childhood coincides with the development of capitalism and democracy under the Putin administration beginning in 2000. Now, almost two decades later, Cyril and Rodion are adults and have just obtained their voting rights. Yet Russian political powers, anti-LGBT views and many other aspects of Russian realities are still the same as they were at their birth and are likely to remain in the foreseeable future. This photo story was made prior to the Russian presidential election of 2018 in order to show the contrast between the up-and-coming new generation of Russia, the so-called «Putin's Generation», and the outdated absurd environment it is in. What is it like to spend a lifetime under the power of the same person and enter your adult life knowing you can’t change anything?

In her art practice, Daria Minina (RU, 1995) is interested by the youth, the intimacy, the world’s state and its challenges, especially in her home country, Russia. She tries to break stereotypes, to raise awareness and to propose a new perspective and to make the public think. Despite their purely informative messages, her visuals are inspired by the contemporary culture, arts and fashion. Before her study in Photography School, she studied Internationals Relationship at the State University of Saint Petersburg and at Sciences Po Paris. Her work have been published by Vice, Prospekt Magazine, Oyster and Calvert Journal. She also took part to many activities in various universities as Alec Soth’s conference in Ukraine. This year, she became the youngest photograph to get into the International Summer School of Photography (ISSP) – the workshop du photographe américain Jason Fulford (Lettonie) .