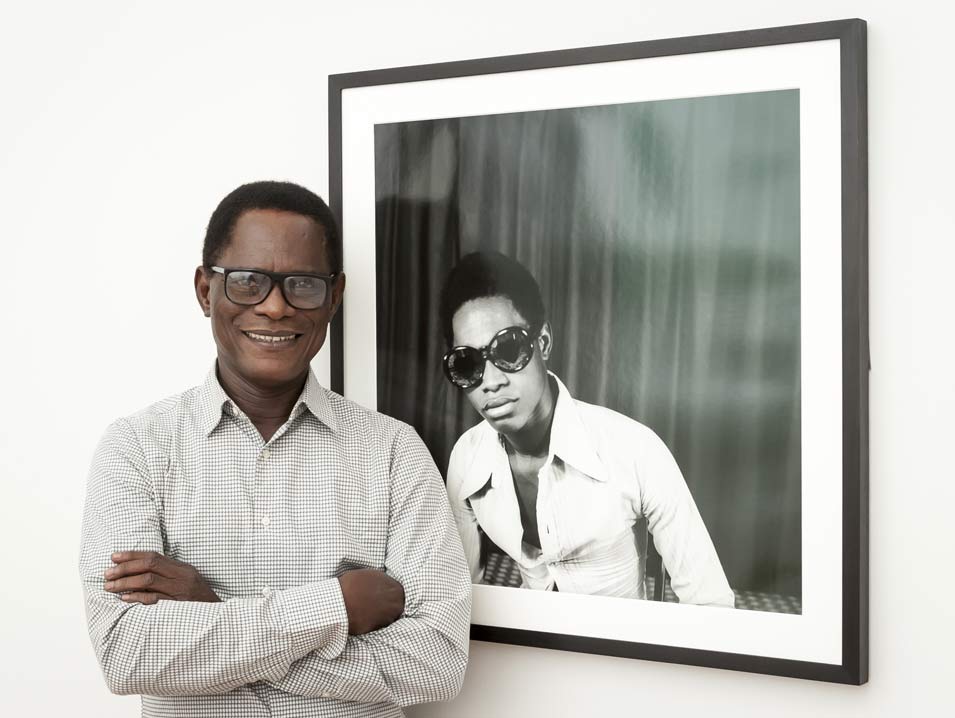 Born in Kumba in Cameroun, Samuel Fosso fled the Biafran war in 1972 and settled in Bangui, where he opened in 1975 his own photographic studio. Along with his portrait activity, Fosso started a serie of selfportraits – a type of representation he will never quit –   which questionned the identity of the African man in an original way. Staging of his personal identity, his selfportraits would soon take a global political and social dimension - series « Tati » (1994), « African Spirits » (2008), « Emperor of Africa » (2013), « Black Pope » (2017). His body of work is part of the collections of major institutions and fondations, such as the Centre Pompidou, the Tate, the MoMa or the Artur Walther Collection.