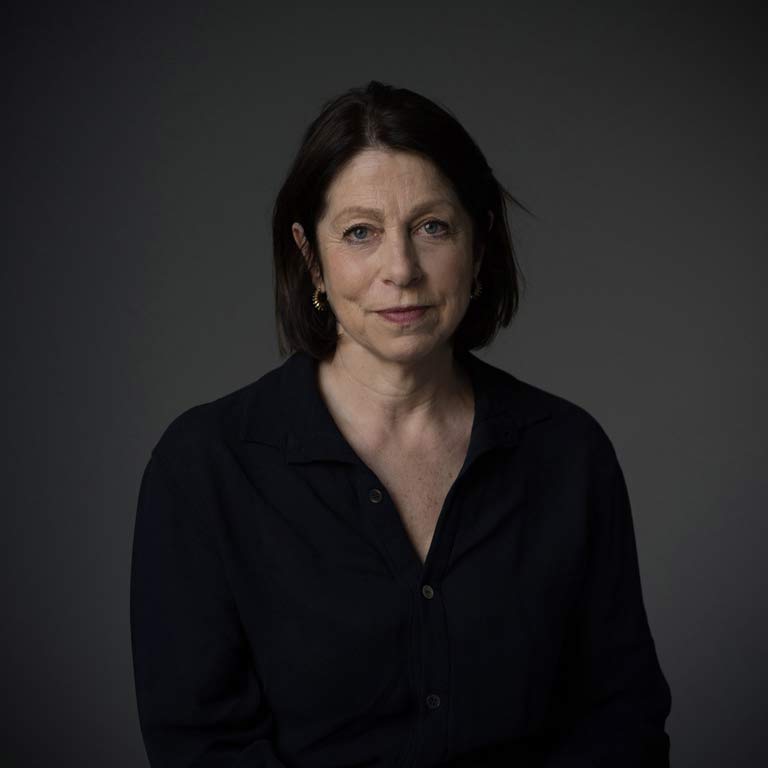 Hannah Collins was born in London in 1956. From 1989 to 2010 she lived and worked in Barcelona, and today lives between London and Almeria, Spain. Collins has received many awards including a Fulbright Scholarship and was nominated for the Turner Prize in 1993. Her body of work includes photographs, films, written texts and books. She is known for her work in expanding the fields of photography and film. Her works are embedded in historical and social frameworks with a wide range of subjects and geographical locations. Her involvement in a body of work often continues over many years.

In 2015 a retrospective of her work was shown at the Sprengel Museum Hannover, in conjunction with the award of the Spectrum Prize. The exhibition traveled to Camden Art Centre London and Baltic Centre Newcastle. In addition to the Hannover retrospective publication, Collins’ last book was The Fragile Feast (2011). She has completed a recent body of work in Japan and has ongoing projects in Amazonia and the American South.

“Profoundly democratic, Collins’s work quietly insists on revealing the complexities of life, andthe ways we relate to the world around us collectively and as individuals, through vision and memory, to achieve works of subtle power.” Sprengel Museum Hannover, 2015

Her work is in many collections including the Pompidou Centre, Tate Modern, Walker Art Center, Dallas Art Museum, Sprengel Museum and Reina Sofia Museum amongst others.