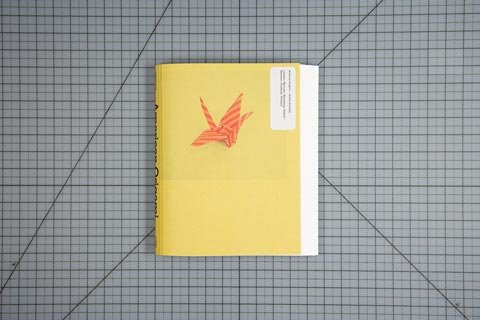 A heartbreaking document of mass shootings in American schools, Andres Gonzalez’s American Origami is a synthesis of original photographs and primary research, including interviews with shooting survivors, forensic documents, newspaper clippings, and images of the memorial ephemera left at the sites of these unfathomable events. (The title is drawn from the preponderance of origami cranes, originally connected to the atomic bombings of Hiroshima and Nagasaki, and a now-common public response to tragedy.) The book presents itself as an overstuffed, evidentiary file. You can read it at one level, turning pages in the traditional manner; or you can open the unique, nested binding to reveal a whole new layer of commentary and response to the horrifying tragedies of Columbine, Virginia Tech, Sandy Hook, Parkland, and other sites of mass shootings. “This is a truly intense book,” Martin states. “The approach to visual storytelling is amazingly sophisticated; each layer you peel back delivers another gut-wrenching—and often enraging—detail that reveals another nuance to these complicated stories of violence, and of our communal attempts to process them and move on.”