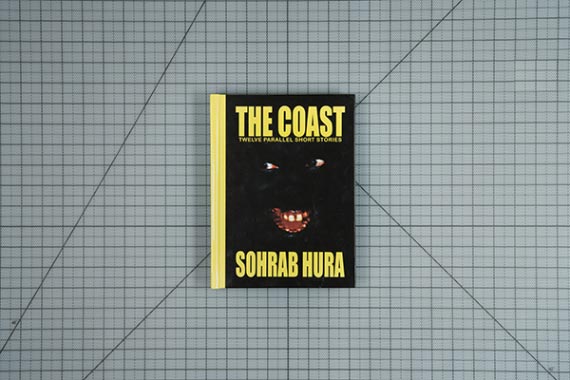 The Coast is Indian photographer Sohrab Hura’s fourth photobook, self-published under the moniker UGLY DOG. The book begins with a surreal short story that leads into a sequence of photographs made along the coast of India. The unsettling and graphic nature of the images alludes to rampant violence—religious, caste, sexual, or otherwise—and the increasing normalization of it. The images follow a propulsive, if elusive, narrative that guides the book using the structure of repetition. “It is a surreal and hallucinatory work,” says Joanna Milter. “At times, the images border on nightmarish, yet there is an element of wit present throughout.” Toward the end of the book, there is a moment of release as the characters bound into the sea. The short story at the beginning of the book is replicated in eleven varying iterations, altered by just a few words each time. Both image and text serve to complicate the storytelling, allowing for new interpretations with each subsequent reading.