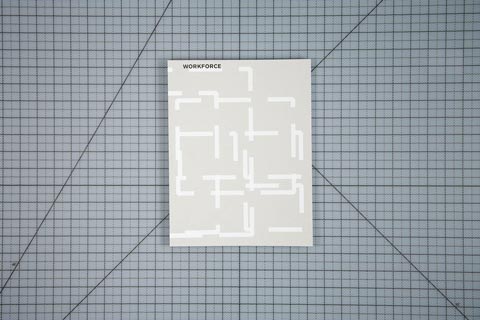 “The subject of labor is a mainstay of Italian cinema and neorealist art and literature,” notes Lesley A. Martin. “Michele Borzoni effectively extends the treatment of this topic to the postindustrial economy.” Workforce tackles the social landscape of the Italian economy in nine chapters, each compellingly introduced by journalist and writer Roberta Carlini. With carefully composed, New Topographic–inflected photographs of the spaces that make up the new economy, Borzoni maps the key fulcrum points of the new world of work, from vast logistics and call centers to bankruptcy auctions and Chinese-run textile factories. The laborers themselves are depicted in chapters about migrant agricultural workers, focusing on the shacks and overstuffed warehouses where the under- and unemployed sleep: competitive exam rooms packed with hopeful job applicants. In his depiction of picketing trade unionists and groups of workers who have participated in buyouts of their former employers following bankruptcy, a glimmer of hope emerges from the otherwise depersonalized, often bleak, and seemingly post-human world of a flattened global economy.