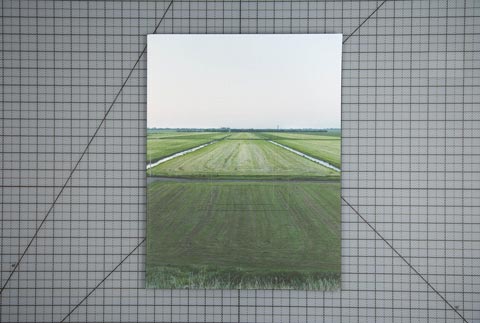 New Dutch Views began as Marwan Bassiouni’s graduation project from the Royal Academy of Art in The Hague. Bassiouni traveled all over the Netherlands to photograph a variety of Dutch landscapes, all viewed through the windows of local mosques. The images reference the rich history of Dutch landscape painting, often depicted as seen through a window. The publication is oversized to allow the reader to take in both the mosque interiors and the scenery outside. The project encourages a new way of looking at Europe’s rapidly changing population and social landscape as a result of immigration. “As a photo editor, I get a lot of pitches for photo essays—this is one of the best ideas I’ve seen in years in terms of visually pulling together a moment in time that’s happening in both Europe and the United States,” Joanna Milter says. “A powerful idea; beautifully executed.”