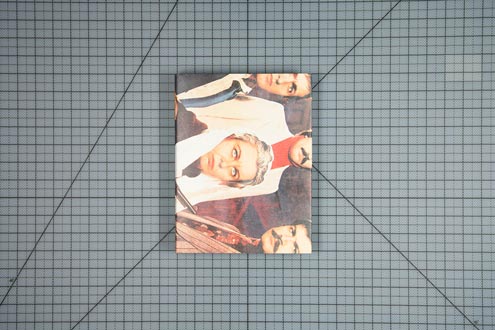 Guy Martin’s The Parallel State chronicles the fascinating interplay between Turkey’s political tumult and its soap-opera scene, picking up from the onset of protests in Istanbul in 2013 and tracking the refugee crisis, the failed coup d’état, and the increasing paranoia toward foreign collusion that have transformed the country’s social and cinematic landscapes. Using screengrabs from reality shows, street photography, still lifes, and portraits, this work fixes a spotlight on state propaganda vis-à-vis nontraditional media. “There’s a way in which you’re never quite sure if the images are staged or part of the soap opera,” says Sawyer. “Martin is investigating this collapse of fact and fiction in our contemporary moment through the particular context of Turkey, but I think that people around the world might empathize right now.”