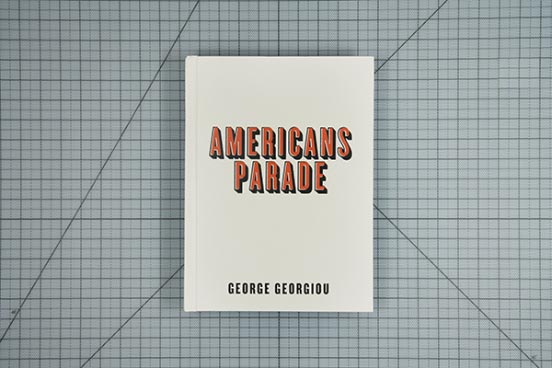 Mardi Gras in New Orleans; Thanksgiving Day and Pride in New York City; a cranberry festival in Wisconsin; a rodeo in Tucson, Arizona; July Fourth in Ripley, West Virginia; Martin Luther King Day in Los Angeles; a Jesse James festival in Kearney, Missouri: these are just a few of the parades in George Georgiou’s aptly titled book, Americans Parade. Georgiou doesn’t focus on the events themselves, but on the spectators patiently awaiting the parade. In doing so, he has created a typology of American public gatherings as precise as any series by the Bechers. “This series was made throughout 2016—an incredibly divisive moment in American history,” notes Martin. “Georgiou asks us to consider who gathers in which American spaces; where and why?” Each horizontal image fills a spread, surrounded by a minimal border and unencumbered by text (locations are given in the back, with the aid of line illustrations). From the crisp, even tones of the reproductions to the true, lay-flat binding, each decision made in the construction of this book strives for minimal disruption of the viewer’s engagement with each image.