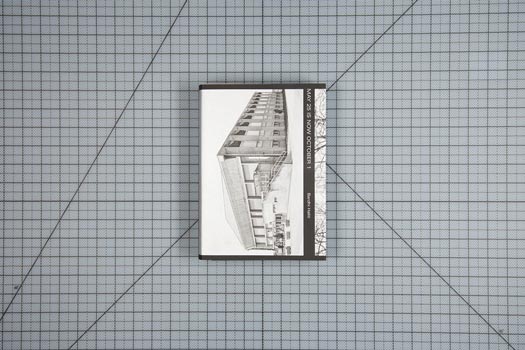 May 25 Is Now October 1 is an enigmatic puzzle of a book, described by Martin as “a testament to the power of obsession as artistic catalyst.” It opens with a mysterious series of numbers enlarged and printed in exaggerated halftone with silver ink on black paper. In the text and extensive credit information provided at the back of the book, the numbers reveal themselves to have been selected from the sports pages of Kosovar newspapers between 1974 and 1981—seven years of tremendous social and political change that served as a prelude to the regional conflicts that followed. An additional set of these images from this timespan is presented as pairs of almost identical shots, pointing to startling repetitions of photographic form. At the core of the book, however, sits a portfolio of images documenting seven different, yet identical, sports halls in seven different cities throughout Kosovo, each built in an effort to systematize and equalize the experience of public space. “This book is a beautifully designed deep dive into the quasi-numerological and symbolic possibilities of a well-explored archive,” concludes Martin.