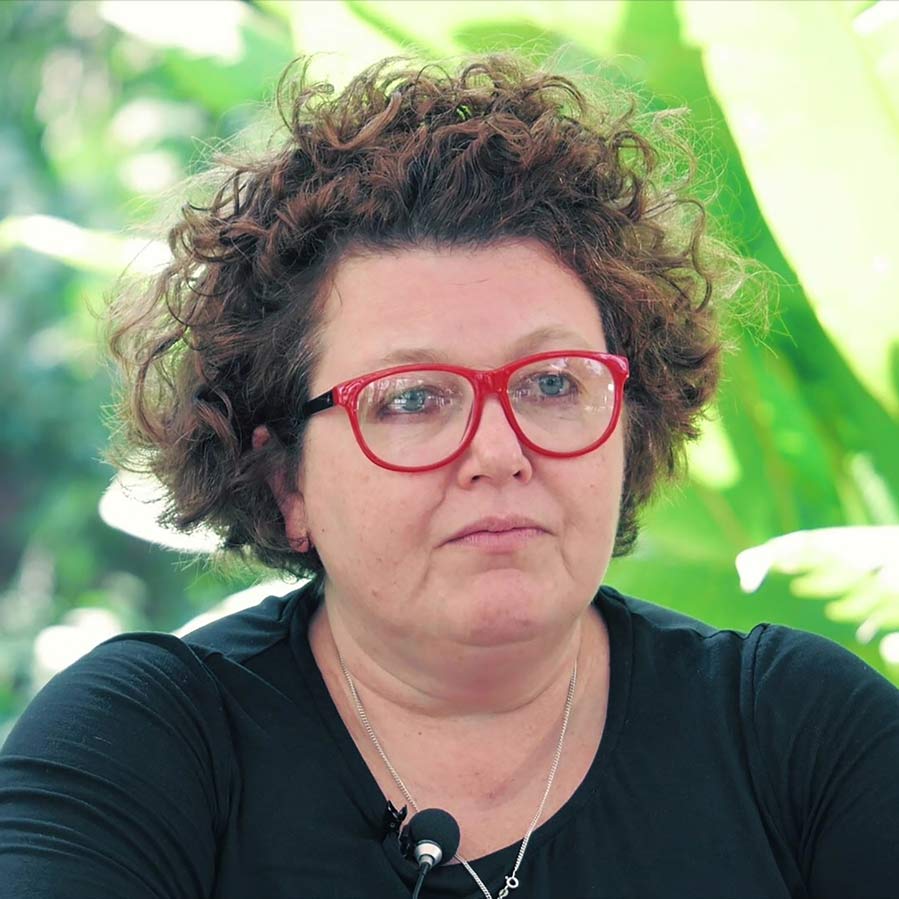 Anna Fox (b.1961) is one of the most acclaimed British photographers of the last thirty years and is Professor of Photography at the University for the Creative Arts. Working in colour, Fox first gained attention for Work Stations: Office Life in London (1988), a study of office culture in Thatcher's Britain. She is best known for Zwarte Piet (1993-8), a series of twenty portraits taken over a five-year period that explore Dutch black-face' folk traditions associated with Christmas. Her collaborative projects Country Girls and Pictures of Linda challenge our views about rural life in England.Anna Fox Photographs 1983 - 2007, was published by Photoworks in 2007. Fox’s solo shows have been seen at Photographer’s Gallery, London, Museum of Contemporary Photography, Chicago amongst others and her work has been included in international group shows including Centre of the Creative Universe: Liverpool and the Avant Garde at Tate Liverpool and How We Are: Photographing Britain at Tate Britain. She was shortlisted for the 2010 Deutsche Borse Photography Prize. Fox is currently working on the research project Fast Forward; women in photography for which she has been awarded a Leverhulme International Networks Award.