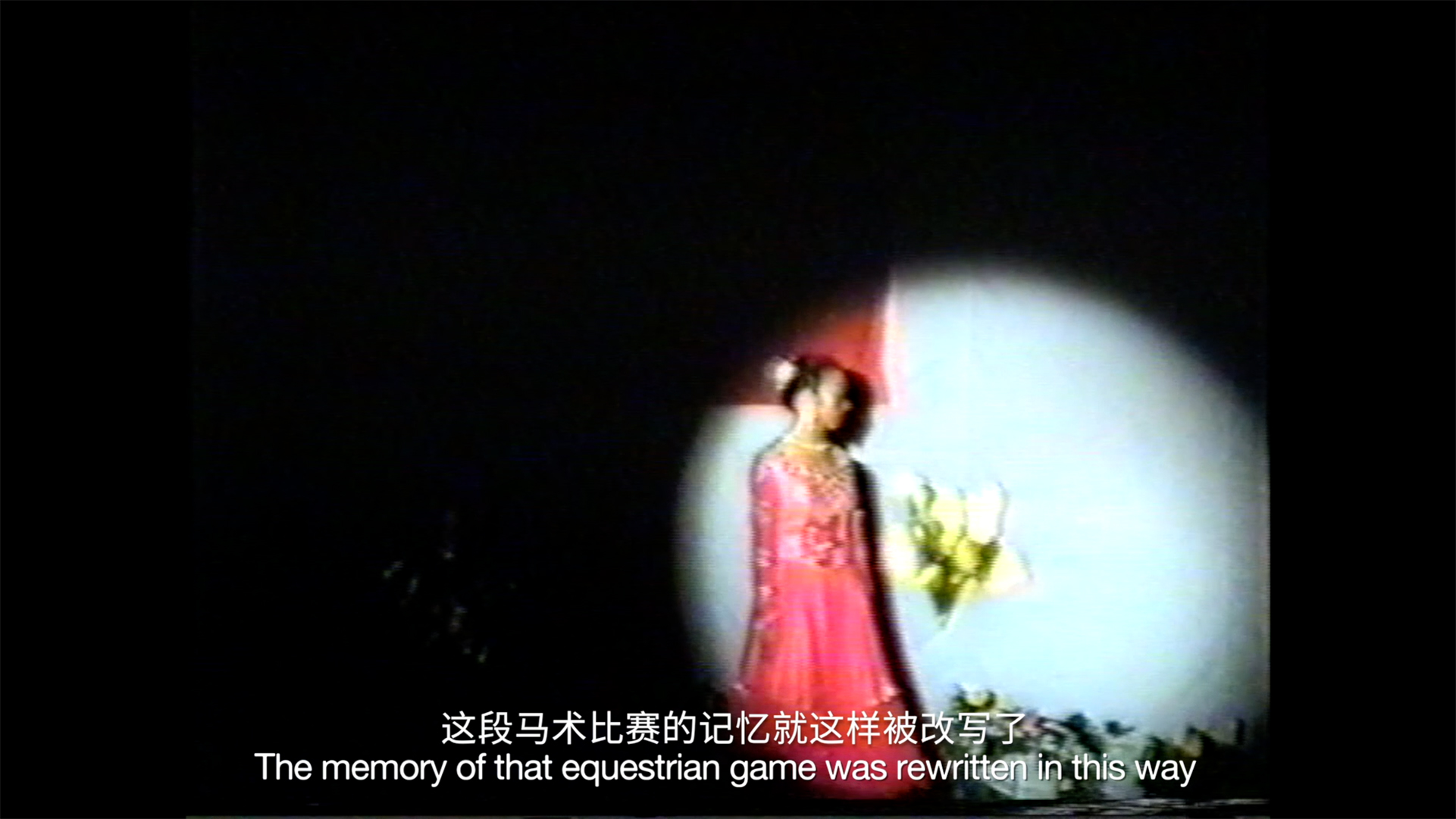 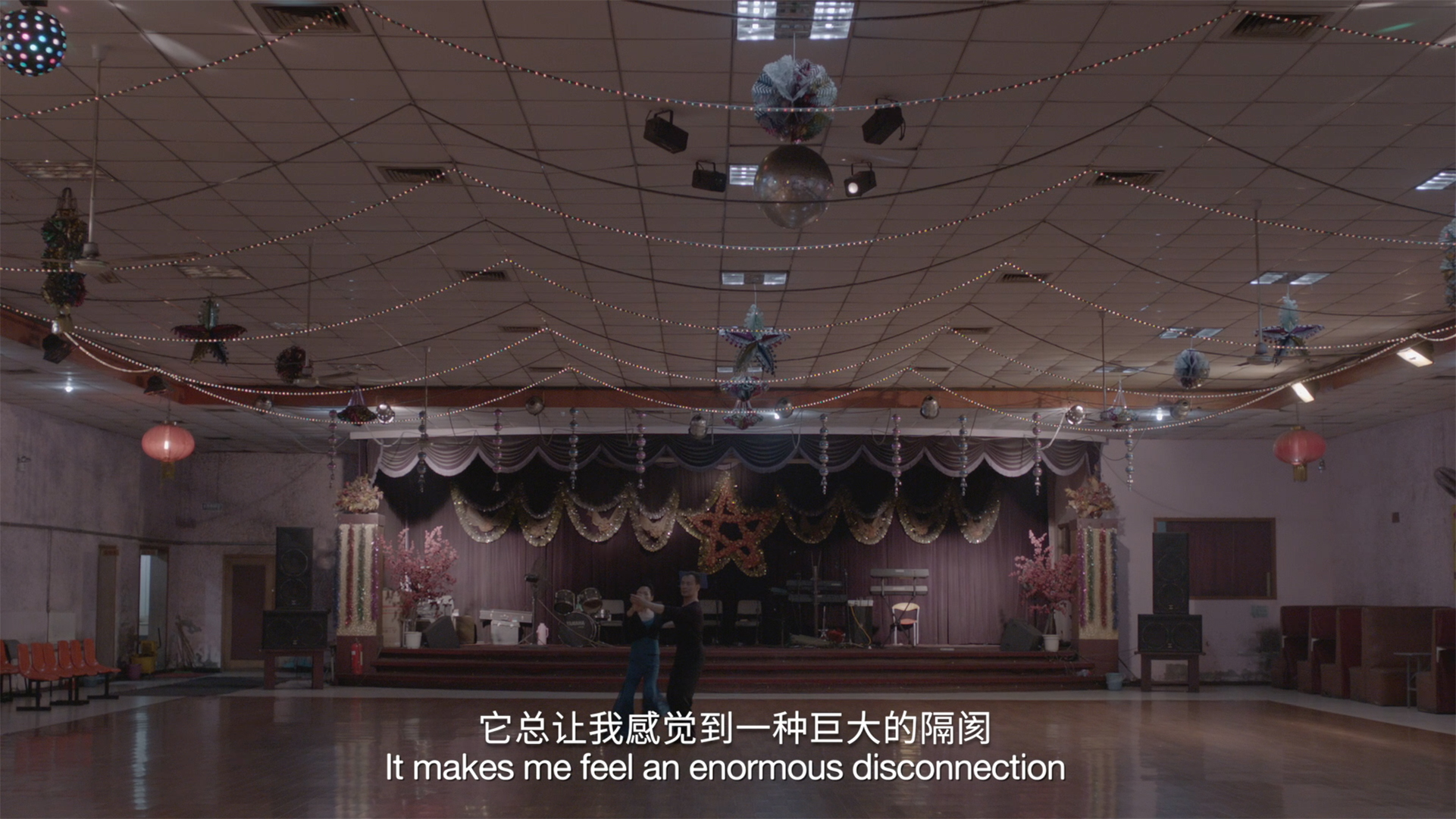 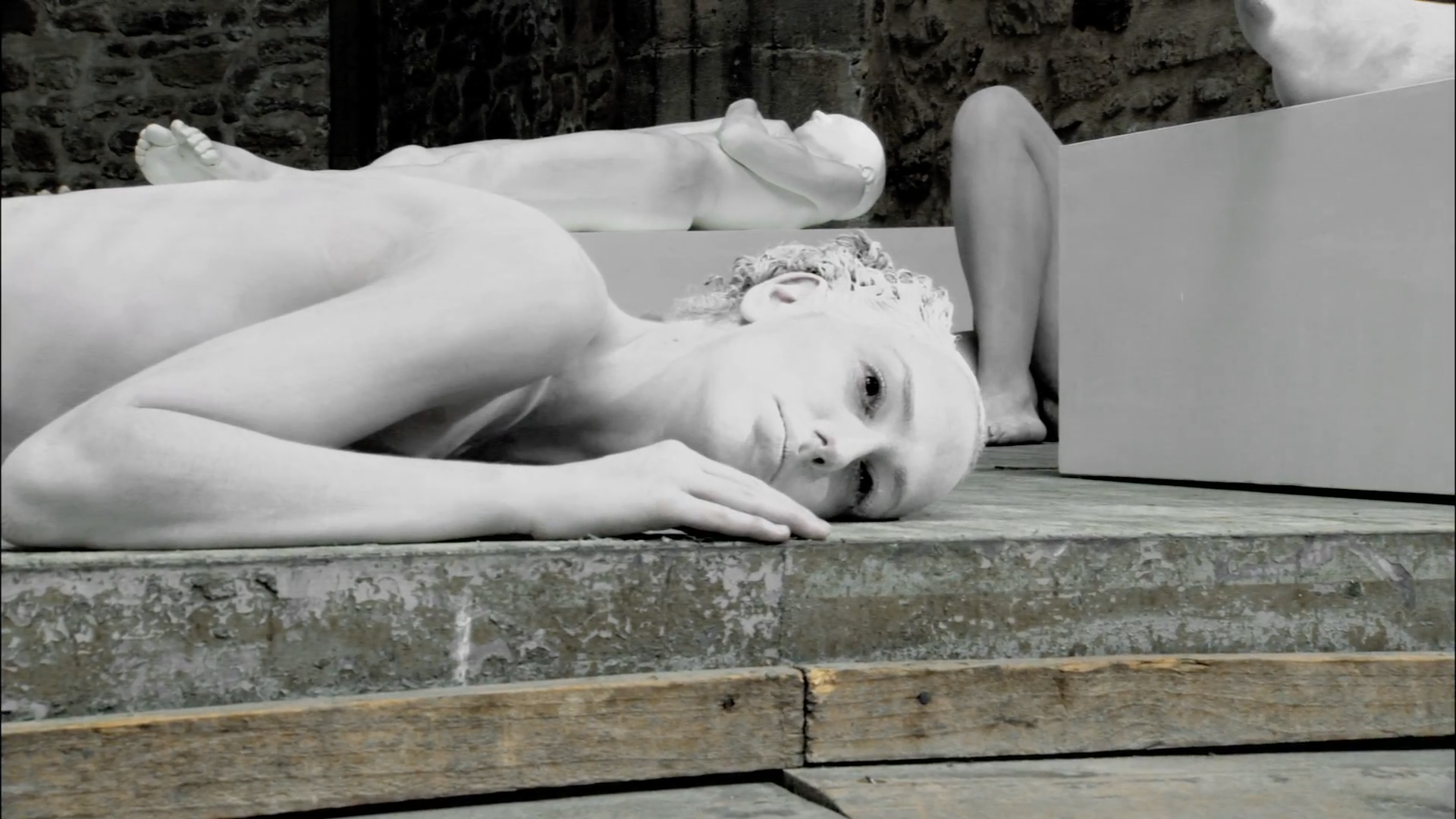 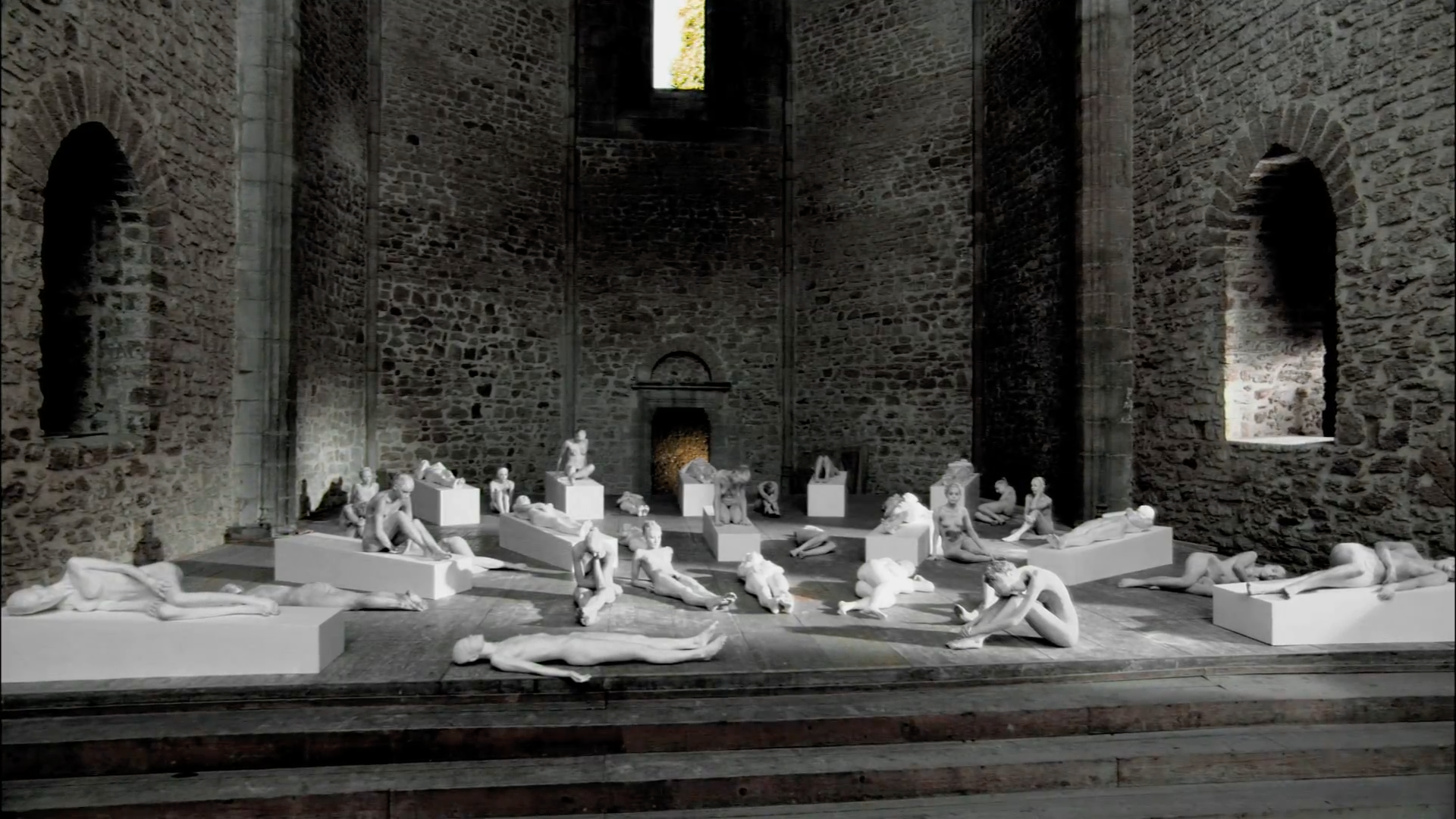 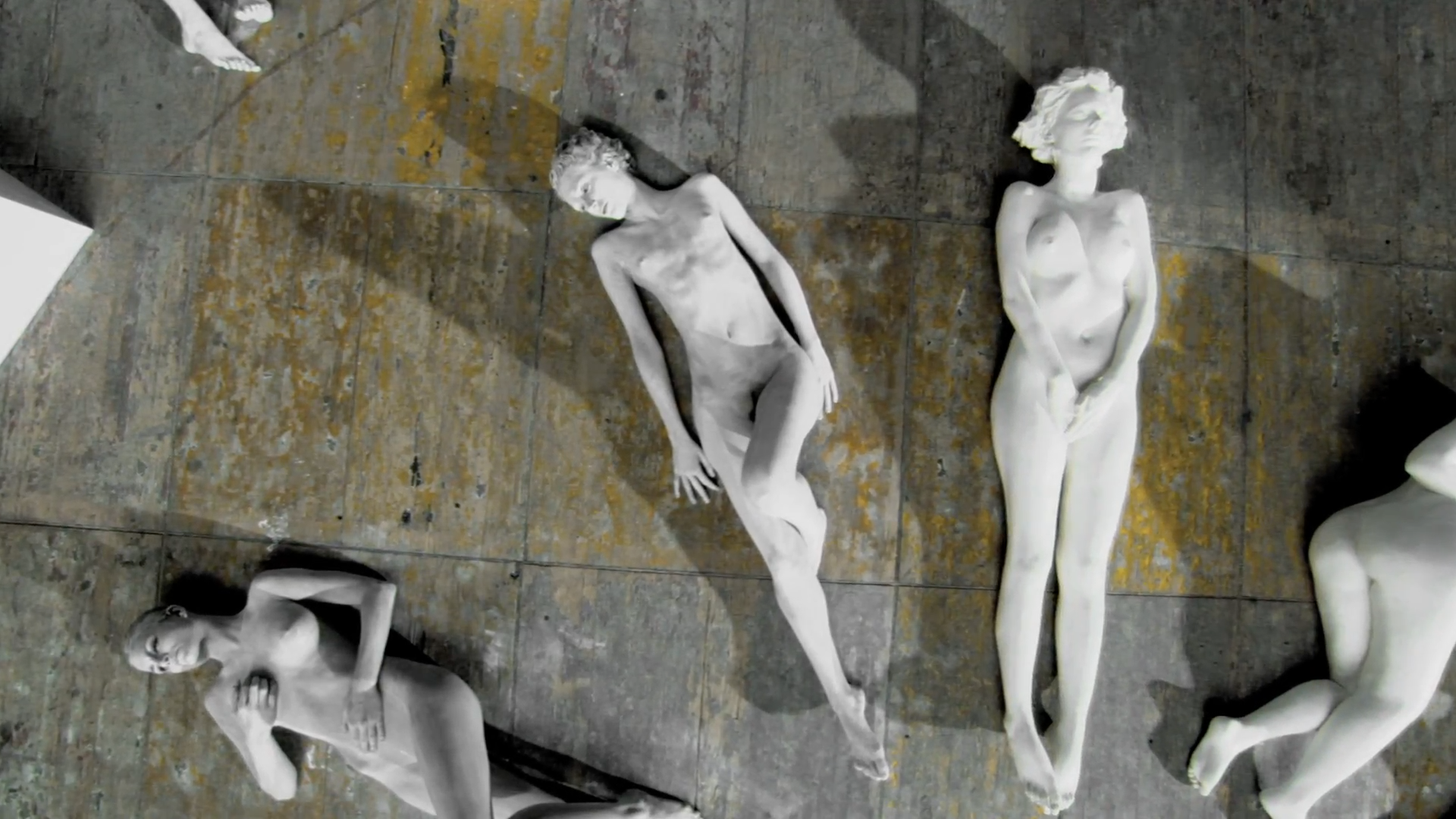 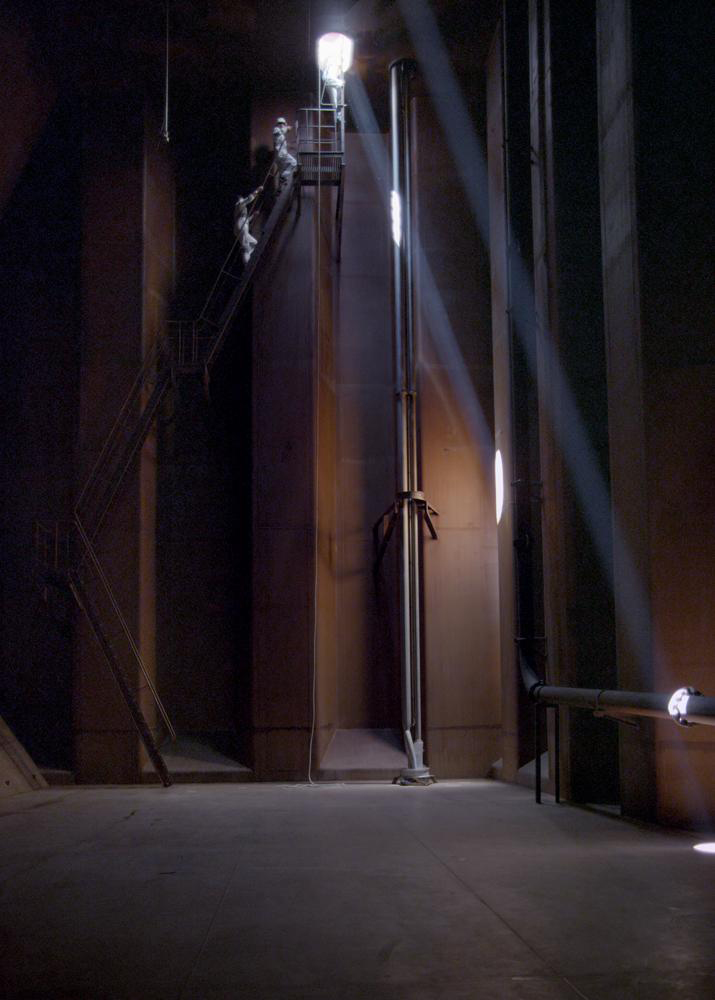 Tanker is to be taken as an animated photograph. The crew of an oil tanker, dressed in white, is filmed going down an endless ladder in a 23 meters deep tank. They form an uninterrupted chain up to the last man who closes the march and rises towards the only zenith opening. Noémie Goudal explores the poetics of industrial space and the possibilities of its appropriation, between reinvention of the place and cyclic rituals.

Since 2008 sculpture is the genre that the artist has been exploring and “redefining”, together with performance art, in what has increasingly become an investigation and synthesis of the terrain vague that unites “the arts of time and the arts of space”. “The unnatural juxtaposition between the life and warmth of the bodies and the cold stillness of stone - says the artist - highlights the melancholy and fascination of sculpture”. The performance VB62 held by Vanessa Beecroft in the Church of Santa Maria dello Spasimo in Palermo recalls the tradition of late baroque Sicilian sculpture, transforming the simple use of stucco into a refined art form.
A group of gesso sculptures and a group of women, below the apse of the church, raise questions about notions of the real and the unreal, maintaining an unbridgeable gap between the figures and the public.

Since 2012, Hao Jingban has been conducting research and filming for Beijing Ballroom project. She traces the present ballrooms in Beijing to the two waves of ballroom dancing in the early 1950s and post-Cultural Revolution late 1970s. In the three years of shooting, Hao attempts different video languages to explore these interweaving historical narratives. Hao’s most recent video work “Off Takes” (2016) originates from the discarded footages from this project. These personal life stories, bound up in the shifting courses of political climates, had once failed to be interpreted because of their historical distance and the absurdity of reality. Through the reaorganization and reactivation of these once deselected fragments, Hao meditates on the semiotic and affective relations between image and message.